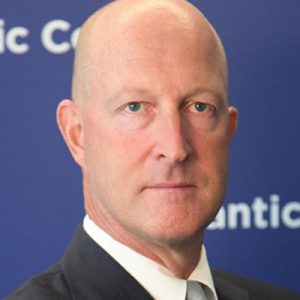 He is a Senior Fellow at the Atlantic Council’s Brent Scowcroft Center for Strategy and Security and its Future Europe Initiative. Mr. Brzezinski’s background includes five years in defense industry as a Principal at Booz Allen Hamilton providing policy and technical support to United States combatant commands and international military establishments.

He served as Deputy Assistant Secretary of Defense for Europe and NATO Policy from 2001 to 2005 during which his responsibilities included, NATO expansion, Alliance force planning and transformation and NATO operations in the Balkans, the Mediterranean, Afghanistan and Iraq.

Mr. Brzezinski served for seven years on Capitol Hill, first as a Legislative Assistant for National Security Affairs to the Chairman of the Senate Finance Committee, Senator Bill Roth, (1995–2000) and then as a Senior Professional Staff Member on the U.S. Senate Committee on Foreign Relations (2000–1).