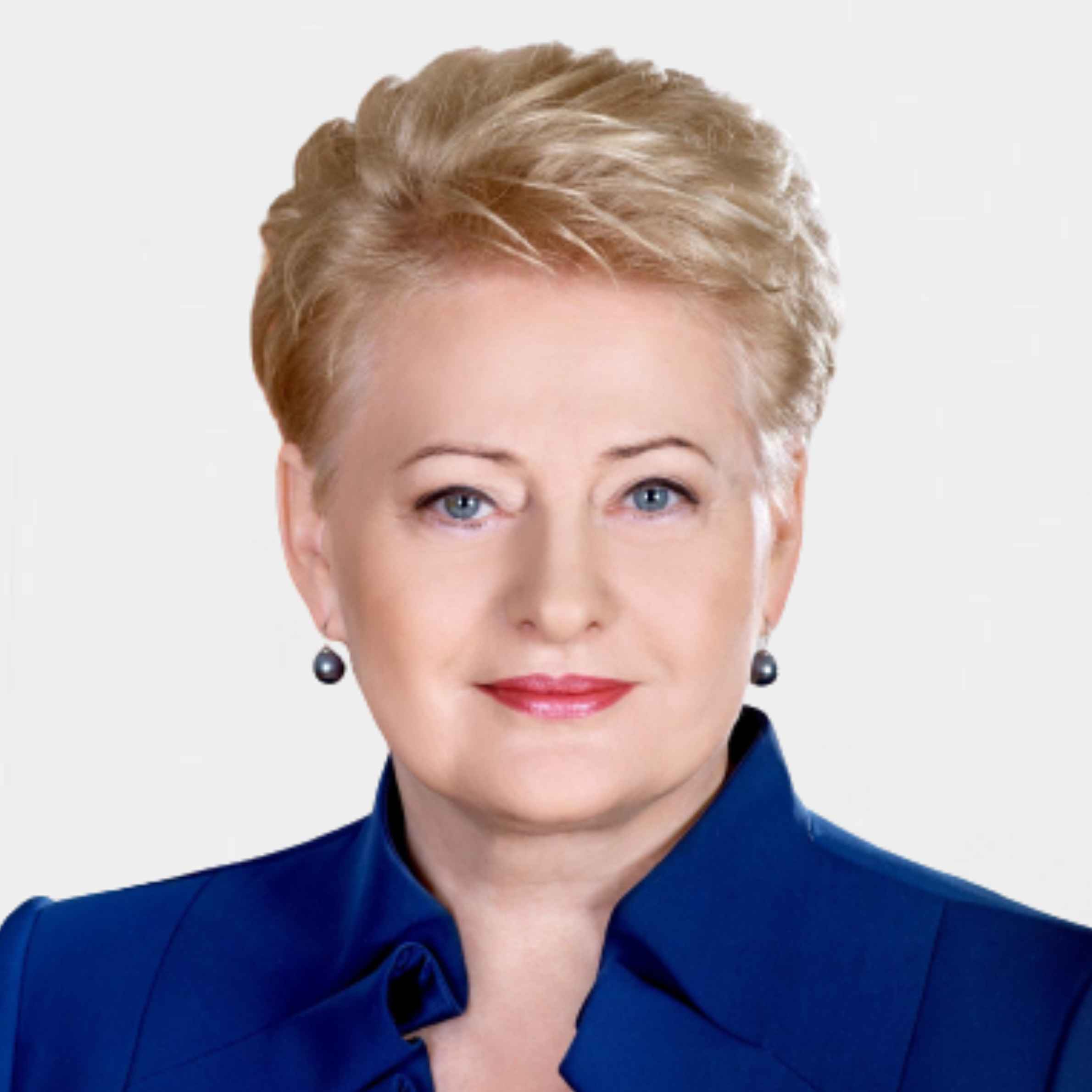 Dalia Grybauskaitė graduated from Leningrad State University in 1983 with a degree in Political Economy. In 1988, she obtained a PhD  from Moscow Academy of Social Sciences and completed a program for senior executives at Georgetown University in Washington in 1990.

Dalia Grybauskaitė served as the 8th President of the Republic of Lithuania for 10 years (July 12, 2009 - July 12, 2019). She was the first woman in the position, and the first to be re-elected for a second consecutive term.

In 2005, she was named Commissioner of the Year for her efforts to reform the EU budget.