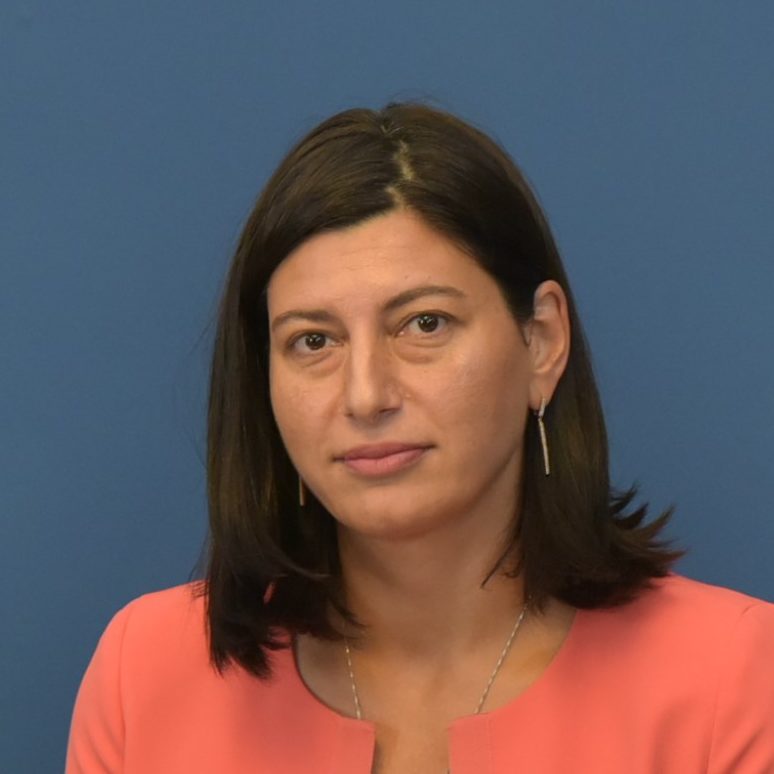 Sophie Katsarava is a Chairperson of the Committee on Foreign Affairs of the Parliament of Georgia.

She was elected in the Parliament from the proportional list of the “Georgian Dream – Democratic Georgia” in October 2016.

Sophie Katsarava was elected to the position of Rapporteur for the General Committee on Economic Affairs, Science, Technology, and Environment at the 2017 Annual Session in Minsk, OSCE PA.

Prior to the parliamentary elections, Ms. Katsarava worked at the British Embassy on different positions, the latest position being a Political officer.

Having served 11 years at the British Embassy in Tbilisi, she became a Member of the Most Excellent Order of the British Empire (MBE) with an ordination by Queen Elizabeth II for her outstanding contribution to strengthening relations between Georgia and the United Kingdom.

Ms. Katsarava graduated from the State Institute of Foreign Languages and Cultures. In addition to her native Georgian, she is fluent in English and Russian.