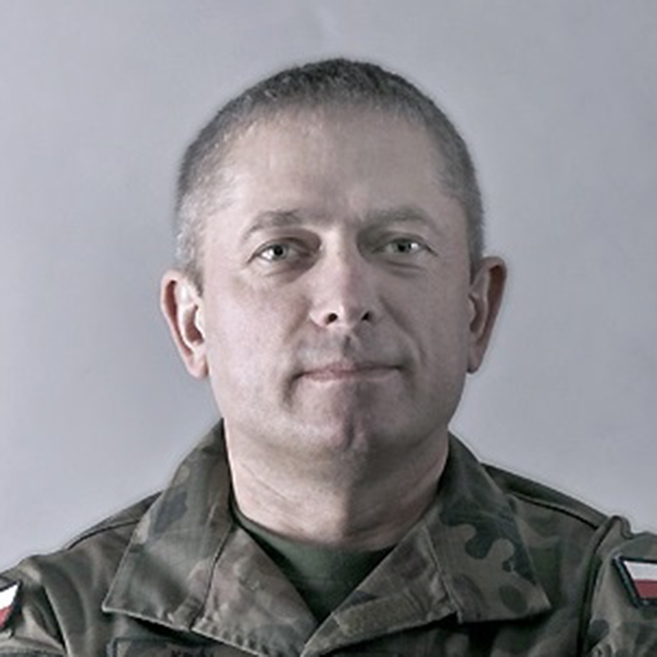 Gen. Krzysztof Król began his military service as a commander of a platoon of engineering machines, and then a platoon technical. In 1995-1996 he commanded a grouping of Polish engineering subunits Military contingent in Lebanon. In the years 1996-1997 he served as the commander of the technical company.

After graduating from the Academy National Defense (1997-1999) was appointed as a specialist in the Military Command Land. In the years 2001-2003 he served as a senior officer in the NATO Regional Command Headquarters in Naples and the NATO Quarter of Combined Forces Center in Heidelberg.

In 2005, he served as the head of the G3 Operational Division of the Multinational Division Centre-South, as part of the Polish Military Contingent in Iraq. After completing postgraduate studies in the field of defense policy in Canada, he took the post of the Head Department of Operational Planning of the Command of the 2nd Mechanized Corps in Krakow (2010).

In 2016, he received a nomination for the rank of Brigadier General and appointed deputy commander Multinational North-Eastern Corps in Szczecin. On February 22, 2018, from the hands of the Commander of the Armed Forces, he was nominated to the rank of Major General, and on August 22, he took the post of deputy chief of the General Staff of the Polish Army.

He is a graduate of the Higher School of Officers of the Military Engineers in Wroclaw, the Defense Academy Narodowa in Warsaw, the Academy of Humanities in Pułtusk and the Armed Forces Academy in Toronto (Canada).

In 2016, he obtained a doctoral degree in the field of Social Sciences, Defense Academy Sciences National Defense.