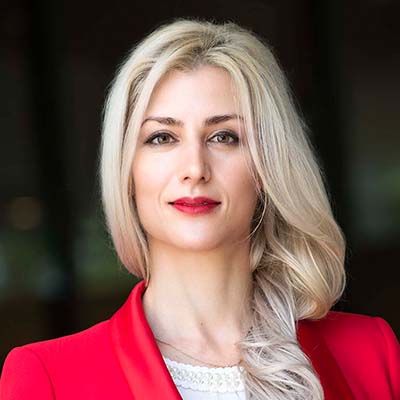 Prior to joining RAND, Lilly was an associate at the Brookings Institution where she focused on U.S. security strategy, NATO’s policy toward emerging powers and populism in Europe. She also worked at the Eurasia Foundation in Washington, D.C. where she designed project monitoring and evaluation frameworks, and assessed the effectiveness of development projects in Russia. She is the author of the book “Russian Foreign Policy Toward Missile Defense: Actors, Motivations, and Influence”, which contains information from talks that Lilly conducted with Russia’s deputy defense minister and deputy minister of foreign affairs.

Lilly has master’s degrees in Russian and East European studies from Oxford University (distinction) and in international affairs from the Graduate Institute of International and Development Studies in Switzerland.

Lilly is also the alumnus of the New Security Leaders Program organized jointly and in parallel with the Warsaw Security Forum each year.