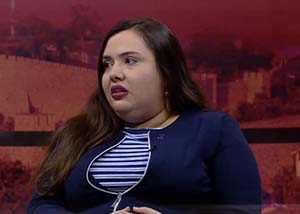 Vesna Poposka (1988) is a civic activist and rebel for a reason. She is the first woman to obtain a PhD at the Military Academy of North Macedonia She graduated and received her master’s degree at the Faculty of Law in Skopje at the Department of International Law. She is a member of the young academic network of the Foundation for European Progressive Studies based in Brussels. Since 2015 she is the Secretary General of the International University VISION in Gostivar and also assistant professor of international law, human right law and diplomacy within the same institution. She has worked as consultant for different international organisations and NGOs. She is alumni of the School of Politics of Council of Europe, Presidential School of Young Leaders, Political academy for Social Democracy, Regional School of Public policy of NDI. She is currently the vice president of the Independent Academic Union and renown syndicalist, well known security analyst, public supporter of the Prespa agreement and referendum on constitutional changes. She was also invited as independent expert on the first roundtable upon the constitutional changes held by the government in the process of name change. She is known for Euro Atlantic integration and NATO membership support, and also due to the public hearings in the national parliament upon different topics such as minority rights, especially smaller communities or what is called here “less than 20%” , Law on higher education and educational reforms and the process of launching national strategy on multiculturalism : “One society for all”. She is member of the database of female leading experts, ednakvi.mk.