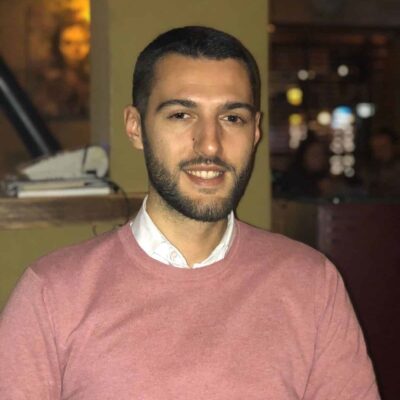 Besmir Radoniqi has finished Bachelor studies in Political Science and holds a Master’s degree in European Integration and Public Administration at the University of Pristina. He has completed the third semester of Master studies at Çukurova University with the Erasmus + program. Radoniqi has worked as Statistical Officer at Kosovo Agency of Statistics – Regional Office in Gjakova, as well as a surveyor at KAS and RIDEA Institute. Furthermore, he has been an apprentice in Albanological Institute of Kosovo, Assembly of the Republic of Kosovo, Faculty of Economics of the University of Pristina, Kosovo Democratic Institute and Scandinavian Center. Radoniqi is a co-founder and currently the President of Rotaract Club “Gjakova”. He has participated in conferences, such as IEPAS 2020 and MUISC 2019, in various seminars organized by CPC YIHR Kosovo and Konrad Adenauer Stiftung Kosovo, as well as in a number of summer universities organized by the University of Pristina. Radoniqi is the beneficent of five scholarships accorded by University of Pristina, Rotary Club “Gjakova Çabrati” and Konrad Adenauer Stiftung Kosovo. His research interests include conflicts transformation, international intervention, state–building and peace–building processes, power–sharing, human rights, in particular minority rights, democracy and rule of law.