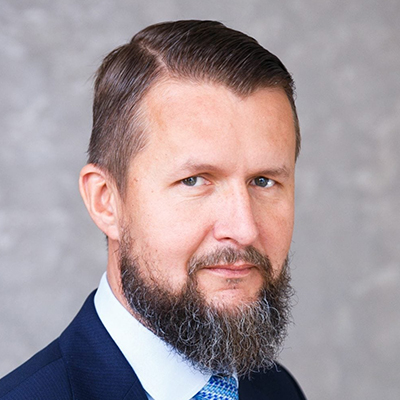 Before joining ICDS Sven Sakkov served for 2 years as the director of NATO Cooperative Cyber Defence Centre of Excellence (NATO CCDCOOE), an international knowledge hub specialising in research, training and exercises in the areas of technology, strategy, operations and law.

Between 2008 and 2015 Sakkov served as an undersecretary for defence policy (policy director) of the Ministry of Defence of Estonia. During his tenure as a policy director Sven Sakkov was responsible for policy planning, threat assessments, NATO and EU policy, international cooperation and arms control. He was an Estonian representative to the NATO’s Senior Officials’ Group and High Level Group.

Previously he had served at the Estonian Embassy in Washington and Estonian Mission to NATO, as national security and defence advisor to the President of Estonia and as the director of Policy Planning of MOD.

He is a member of NATO CCDCOE Advisory Board.