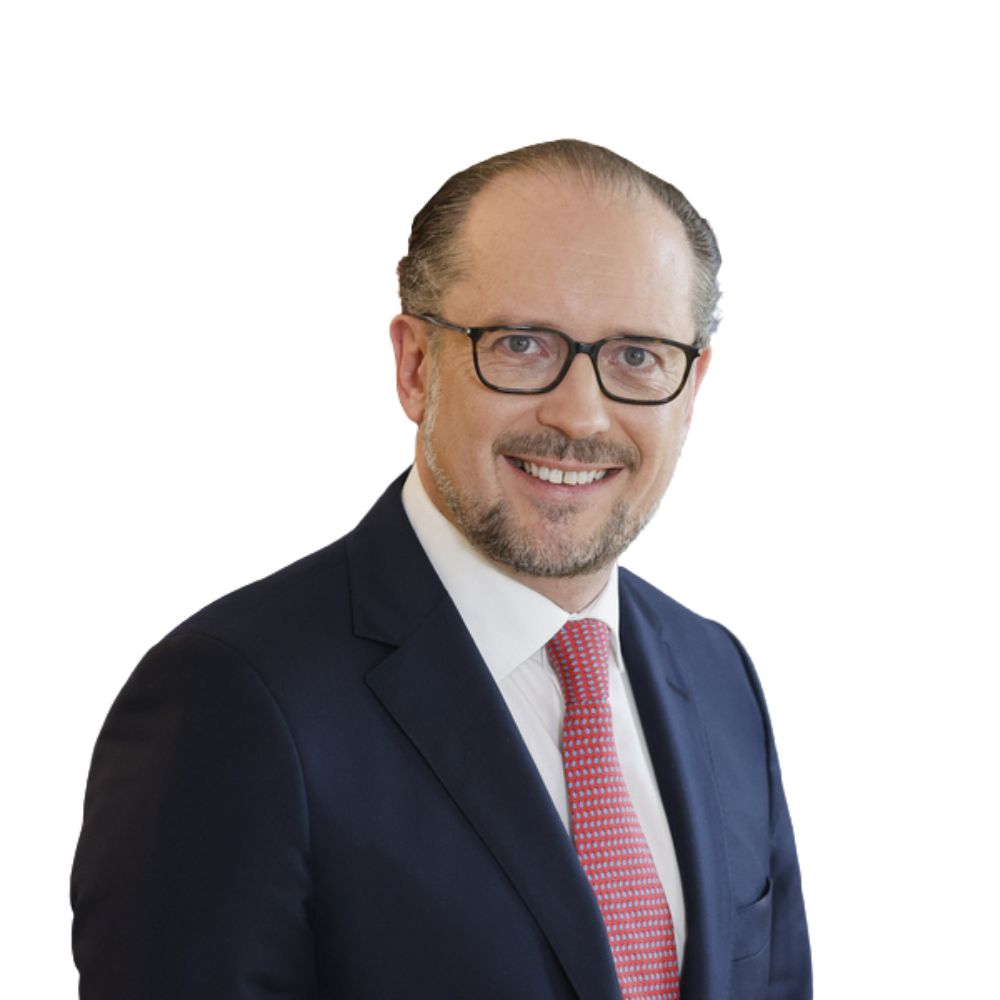 On 6 December 2021, Alexander Schallenberg was appointed Federal Minister for European and International Affairs of the Republic of Austria.

Alexander Schallenberg was born on 20 June 1969 in Bern as the son of an Austrian diplomat. From 1989 - 1994 he studied law at the University of Vienna and at the Université Paris II Panthéon-Assas. He also holds a degree in European law from the College of Europe in Bruges.

Alexander Schallenberg joined the diplomatic service of the Republic of Austria in 1997. He completed his training at the Ministry of Foreign Affairs in various departments, primarily in the Section for EU Affairs. Alexander Schallenberg was first posted abroad as an EU legal expert to the Permanent Representation of Austria to the European Union in Brussels.

In December 2005, Alexander Schallenberg returned to Vienna, where he served as spokesperson to Foreign Minister Ursula Plassnik as well as to her successor Michael Spindelegger. He held further functions in the diplomatic service of the Republic of Austria including head of the Strategic Foreign Policy Planning Unit and head of the EU Affairs Section. Since March 2018, he served as head of the EU Coordination Section at the Federal Chancellery.

In June 2019, Alexander Schallenberg was appointed Foreign Minister in the Austrian Federal Government of Brigitte Bierlein. At the same time, he was entrusted with the management of the agendas for the EU, arts, culture and media. From January 2020, Alexander Schallenberg was Federal Minister for European and International Affairs in the Second Government of Sebastian Kurz until he assumed the office of Federal Chancellor of the Republic of Austria on 11 October 2021.