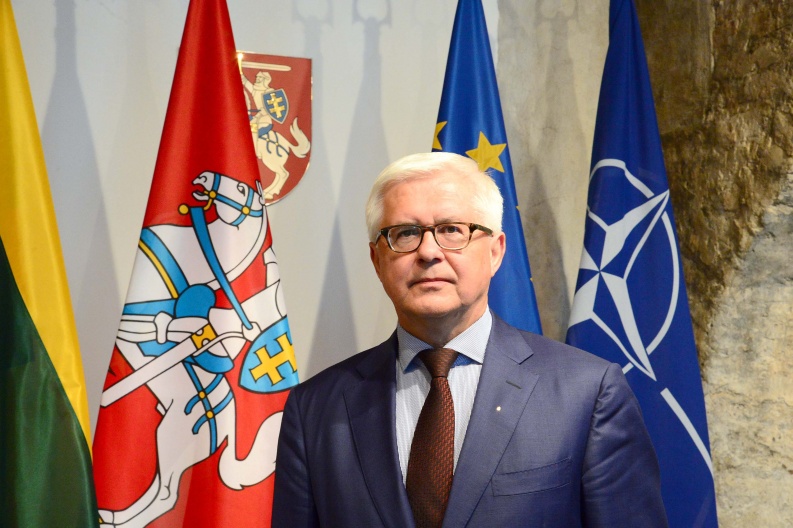 Mr. Umbrasas has held a number of governmental and political positions. He served as the Advisor to the department of Latin America, Africa, Asia, and Oceania  of the Ministry of Foreign Affairs (2016), as Minister Advisor, Consulate General of the Republic of Lithuania in Kaliningrad (2013 – 2016), as Vice Minister of National Defence for Defence Policy and International Relations (2008 – 2012),  as well as the Advisor to the President of the Republic of Lithuania, representative to the Seimas and the Government (2004 – 2008).

He is a history graduate from the Vilnius University.