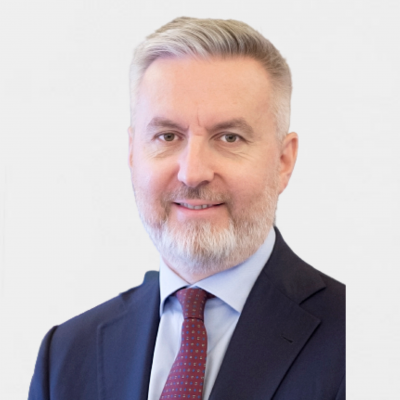 Lorenzo Guerini was born in Lodi on 21 November 1966. He graduated with a degree in Political Science from Milan Catholic University of the Sacred Heart and his dissertation focused on the history of political doctrines. He completed his military service in the ‘Edolo’ Alpine Troops Battalion in Merano (1991-1992). He then served in the Mounted Artillery Battalion- Milan. He left the army and was at that point declared suitable for the rank of Army Reserve Sergeant. He is an insurance consultant by profession. In 2005, he was elected Mayor of Lodi and was re-elected for a second term in the 2010 elections. During his time as Mayor of Lodi, he chaired Anci (the National Association of Italian Municipalities) for Lombardy Region and was a member of the Conferenza Stato-Città e Autonomie locali and Conferenza Unificata (State-Cities and Local Self-Government Conference and Unified Conference). Mr. Guerini was elected to the Chamber of Deputies for the Democratic Party in the XVII legislature. In this capacity, he was a member of the Defence Committee and Committee for the Security of the Republic. He was re-elected member of the Chamber of Deputies in the XVIII legislature. In July 2018, he was elected President of the Parliamentary Committee for the Security of the Republic. He has been the Minister of Defence since September 2019.