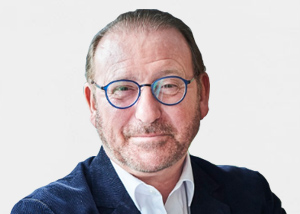 President of the Parliamentary Assembly, Council of Europe

Rik Daems is the current President of the Parliamentary Assembly of the Council of Europe (PACE). He graduated from Brussels Solvay Business School and holds a Masters’ degree in Industrial Location & Development from the Free University in Brussels. He started his career as associate expert for the UN in Central America. After serving as financial and economic advisor to the Belgian Minister of Small and Medium-sized Enterprises (SME), he became a member of the Belgian Parliament in 1987. Initially elected to the Chamber of Representatives, since 2014 he has been a member of the Belgian Senate, where he has also chaired the Foreign Affairs Committee and the Committee on Alternate Financing of Public Investment. He first became a member of the Belgian delegation to the PACE in 2007 and was appointed Chairperson of the delegation in 2015 and group’s leader in 2017. Mr Daems also served as Belgian Minister for State-owned enterprises, Public Holdings, Telecom and SME from 1999 until 2003. He was Mayor of the City of Aarschot from 1989 until 1995. In 2000, he was Chairperson of the European Council of Ministers for Telecommunication. Along with politics, his interests include contemporary art and winemaking.