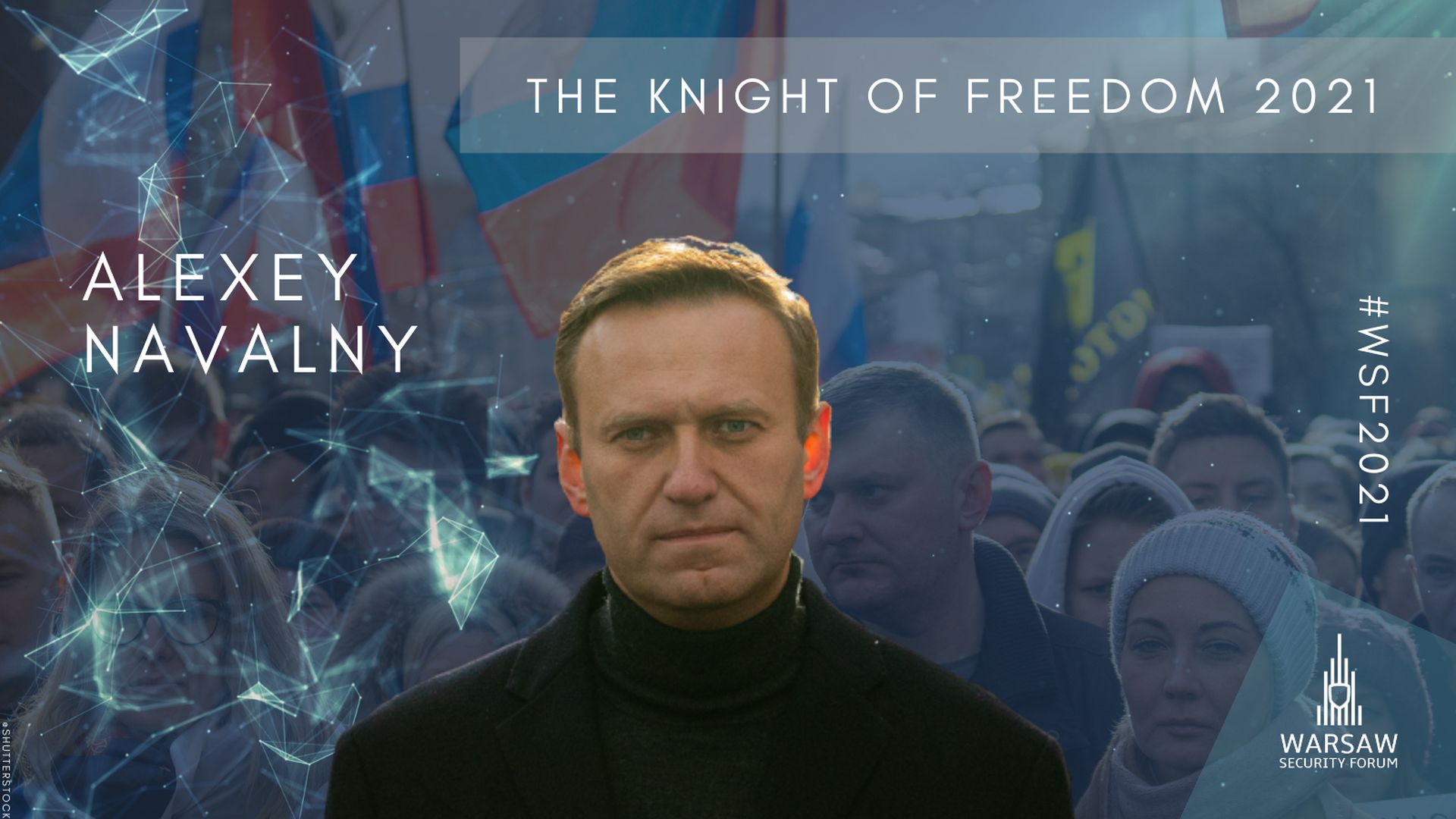 Every year the Casimir Pulaski Foundation is presenting The Knight of Freedom award to individuals who have made significant contributions to the promotion of democracy, freedom, and equality worldwide.

The 2021 Knight of Freedom is being presented to Alexey Navalny in recognition of his extraordinary efforts to promote democratic values in Russia, long-standing dedication in bringing values such as freedom, justice, respect to the law, and accountability to the Russian state system.

The 2021 Knight of Freedom award ceremony is scheduled to take place on the 5th of October 2021 in Warsaw, Poland during the official Gala of the Warsaw Security Forum – one of the leading European platforms devoted to transatlantic cooperation and focused on elaborating shared responses to common security challenges.

The award on behalf of Alexey Navalny will be accepted by Vladimir Milov – member of democratic opposition and the Leader of “Democratic Choice” Movement (2010-2015) together with Leonid Volkov – Head of the Network of Regional Headquarters for Alexei Navalny and the Founder of Internet Protection Society. The award will be presented by former President of the Republic of Estonia – Toomas Hendrik Ilves.

Since 2005, the ‘Knight of Freedom’ award has been presented to:

Casimir Pulaski Foundation awards the ‘Knight of Freedom’ award to individuals who contributed to the promotion of principles of Kazimierz Pulaski, i.e. freedom, justice and democracy. The Award Committee, chaired by Zbigniew Pisarski – the President of the Board of the Casimir Pulaski Foundation, awards a hand-made replica of Gen. Pulaski’s saber during a gala at the Warsaw Security Forum.