People of Ukraine – 2022 Knights of Freedom

People of Ukraine – 2022 Knights of Freedom 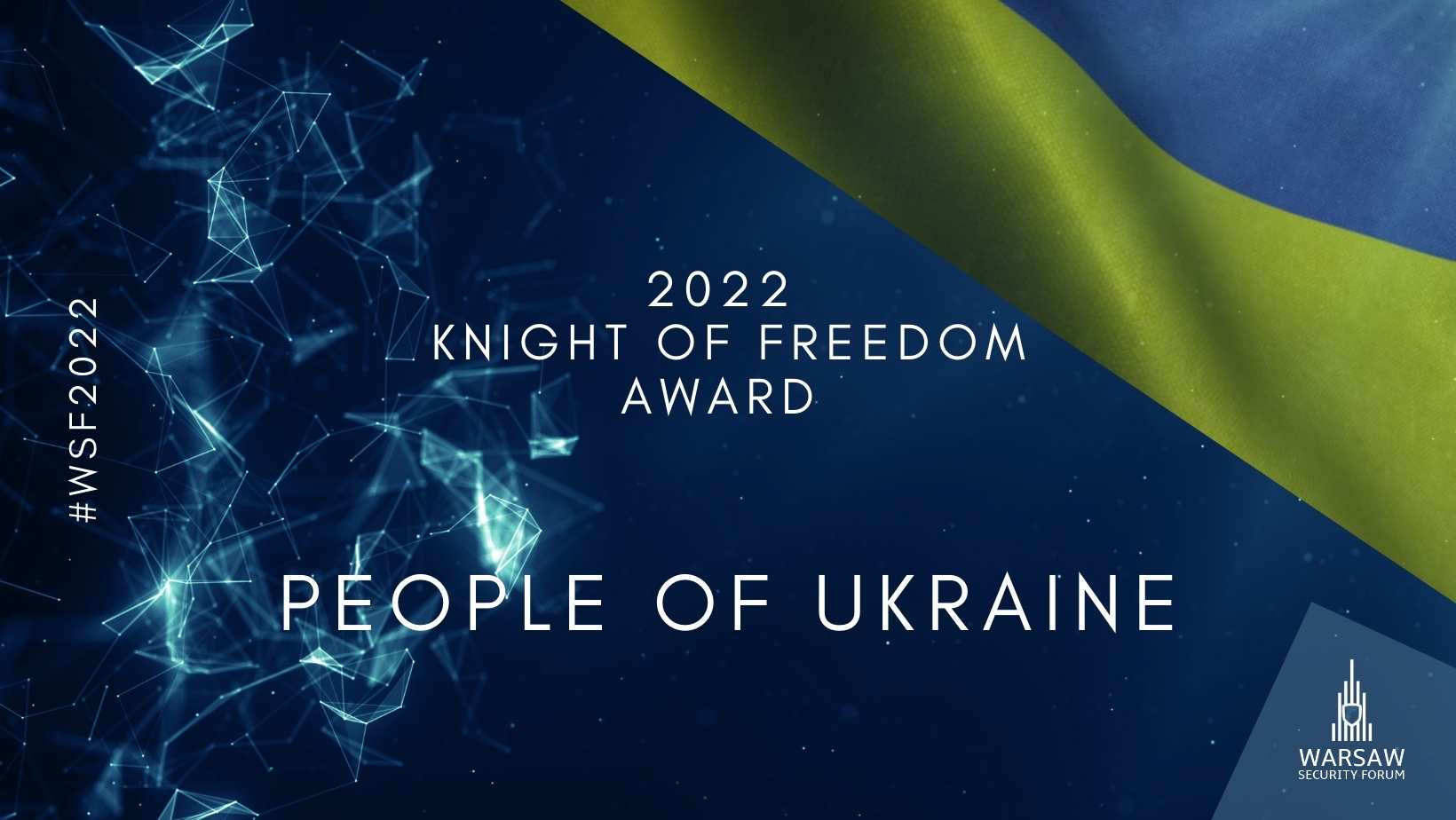 Every year the Casimir Pulaski Foundation is presenting The Knight of Freedom award to individuals who have made significant contributions to the promotion of democracy, freedom, and equality worldwide. This year we grant the award to over forty million individuals, who bravely defend their country, values and freedom in the face of cruel war… the People of Ukraine!

On the 24th of February 2022, our world dramatically changed. A well-established rules-based international order was shattered by the illegal and barbaric Russian invasion of a sovereign European country. Until now, many Ukrainians have been directly affected by the Russian aggression. Hundreds of thousands of men and women were separated from their families answering the call to defend their homeland both in their uniform and in government-related or civil-society function. Four million women, children and elders were forced to flee their homes in search of a safe haven beyond Ukraine’s borders.

Despite the horror uncertainty and fear the invasion caused, the People of Ukraine still dream of a free, independent and prosperous Ukraine in the future. We are inspired by the bravery and determination of the Ukrainian People and therefore we decided to name all People of Ukraine Knights of Freedom says Zbigniew Pisarski – Chair of the Award Committee and the President of the Board of the Casimir Pulaski Foundation. We are proud and happy we can support our Ukrainian friends in their daily struggle to organize international support for Ukraine.

Since the 24th of February the Casimir Pulaski Foundation assists activists from Ukrainian non-governmental organizations, supports activities of the newly established International Center for Ukrainian Victory anduses its experience to advocate for constant support for Ukraine in its fight with the Russian aggression in the domestic and transatlantic arena. More information.

The Knight of Freedom award will be presented on October 4, 2022- during the Warsaw Security Forum. Since 2005, the ‘Knight of Freedom’ award has been presented to eighteen individuals – the full list is here.