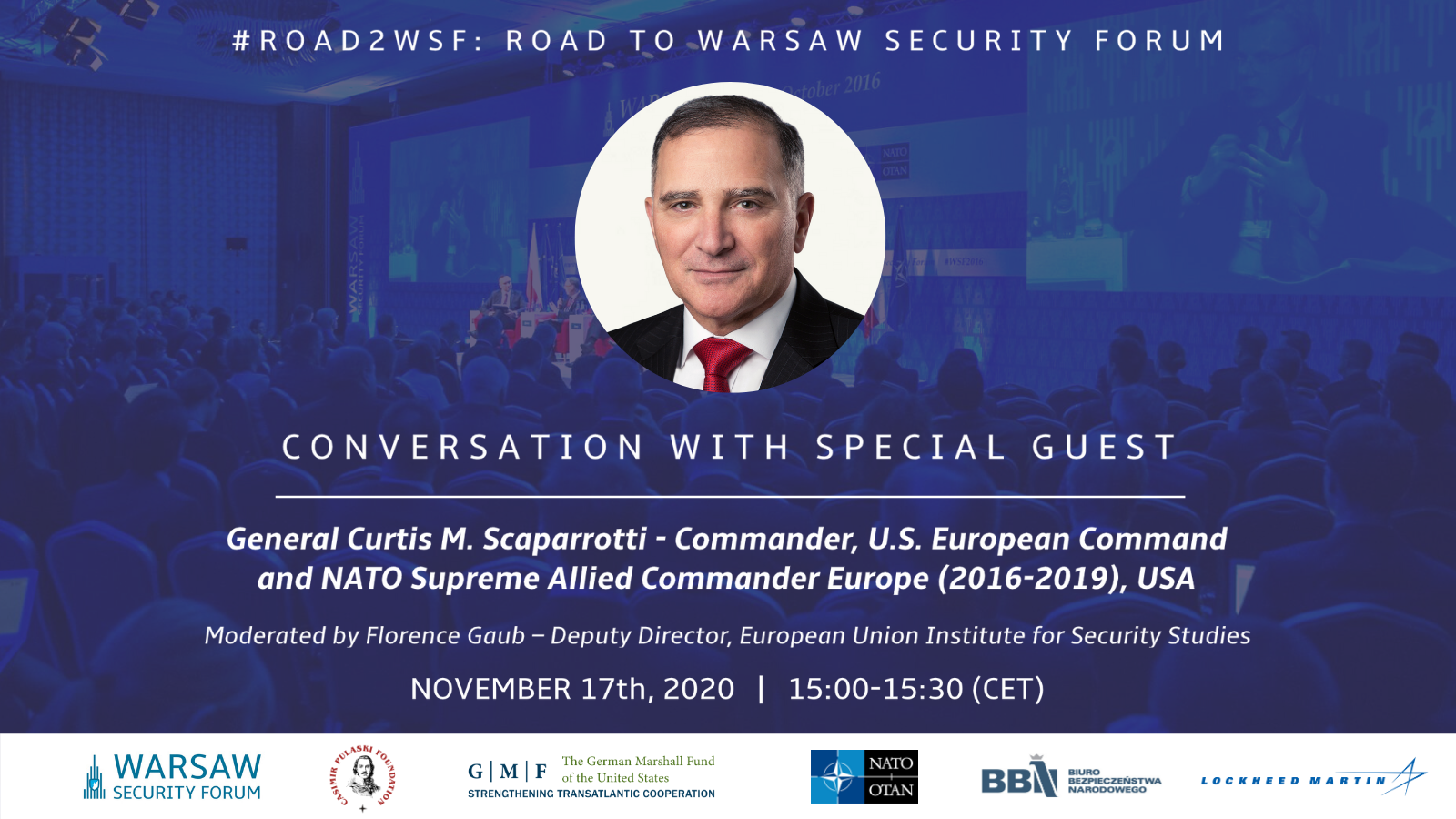 The conversation between Gen. Curtis M. Scaparrotti (Commander of U.S. European Command and NATO Supreme Allied Commander Europe 2016-2019) and Florence Gaub (Deputy Director of the European Union Institute for Security Studies) addressed many issues related to the future of NATO, cooperation between the U.S. and Europe, challenges presented by the global pandemic and the roles of Russia and China.
The session began by discussing the future of NATO. Gen. Scaparrotti expressed his optimism, which he credited to NATO’s proven ability to adapt. The rise of China and the role of Russia are examples of upcoming challenges to be faced by NATO on the global stage. In addition, issues within NATO must be dealt with in order to improve transatlantic relations. Gen. Scaparrotti then considered the topic of U.S.-Poland relations, citing the endurance of the relationship between the two countries.
The discussion proceeded to the subject of the EU’s military sovereignty. According to Gen. Scaparrotti, this is a work in progress which requires a stronger European defense system and greater investment in military equipment. Regarding transatlantic relations, Gen. Scaparrotti stressed the need for close cooperation and said that European military sovereignty strengthens NATO. Furthermore, Gen. Scaparrotti acknowledged rising security threats during COVID-19, including increased malign activities by Russia and China. Moreover, he noted the negative impact of the pandemic on European defense budgets. Gen. Scaparrotti concluded by focusing on the topic of cyber threats from China and Russia, NATO’s cyber defense and tensions between the U.S. and China.
This session was co-hosted with Lockheed Martin, a global security and aerospace company which is engaged in the research, development and manufacturing of advanced technology systems, products and services.

Coordination of international efforts for close integration of Ukraine with the European Union, increased military assistance of NATO countries, and financing of post-war reconstruction of Ukraine were the main goals of the visit of the representatives of the Casimir Pulaski Foundation in Kyiv. The delegation, which included the Foundation’s Management and representatives of the International Advisory Board of the Warsaw Security Forum, was in Kyiv from 19 to 21 July.

On Thursday, May 26, the Casimir Pulaski Foundation organized its annual Diplomatic Partners Meeting. With the participation of over 25 Ambassadors, it was an opportunity to present the most important information on the state of preparations for the next edition of the Warsaw Security Forum taking place on 4-5 October 2022.