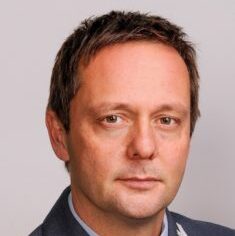 Gjert Lage Dyndal is an active duty Colonel in the Royal Norwegian Air Force, currently working as the Deputy Head of the Strategic Assessment Capability (SAC) to the NATO HQ leadership in Brussels. Colonel Dyndal has operational military background from Norwegian maritime patrol aircraft in the High North, and from other operations in Afghanistan and the Middle East. In addition to his military education, Colonel Dyndal has an M.Phil and PhD in War Studies and Modern History from the University of Glasgow.

He holds a part-time academic post as Docent at the Swedish Defence University, and held a position at the Department for Cybernetics at the Norwegian Science and Technology University (NTNU) until August 2019.