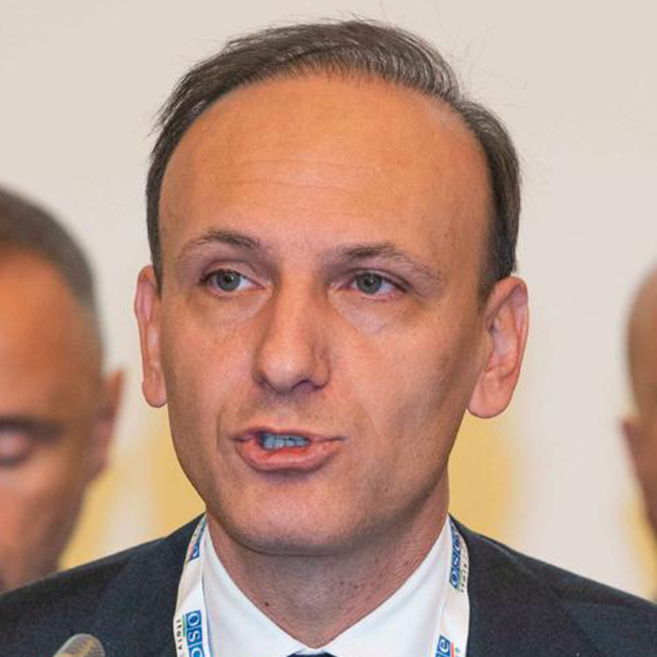 Since June 2018, Mr. Gugliemo Picchi has served as the Undersecretary of State for Foreign Affairs with delegated powers for South America, NATO and military goods, the EFTA, the OSCE, UNESCO and over the dissemination of the Italian culture and language abroad.

He has been a member of the Foreign and Community Affairs Committee of the Chamber of Deputies and of the Italian Delegation to the Organization for Security and Co-operation in Europe (OSCE). As member of the Italian Delegation to the OSCE Parliamentary Assembly, he was elected Vice-Chair of the PA’s General Committee on Political Affairs and Vice-Chair and representative of Italy in the OSCE PA Ad Hoc Committee on Migration, as well as member of the Counter-terrorism Committee. He has participated in more than 30 election observation missions in Turkmenistan, Tajikistan, Uzbekistan, Kazakhstan, Kyrgyzstan, Ukraine, Russia, Belarus, the United Kingdom, Serbia, Turkey, Armenia, Georgia, USA, Moldova, Bulgaria and Azerbaijan.