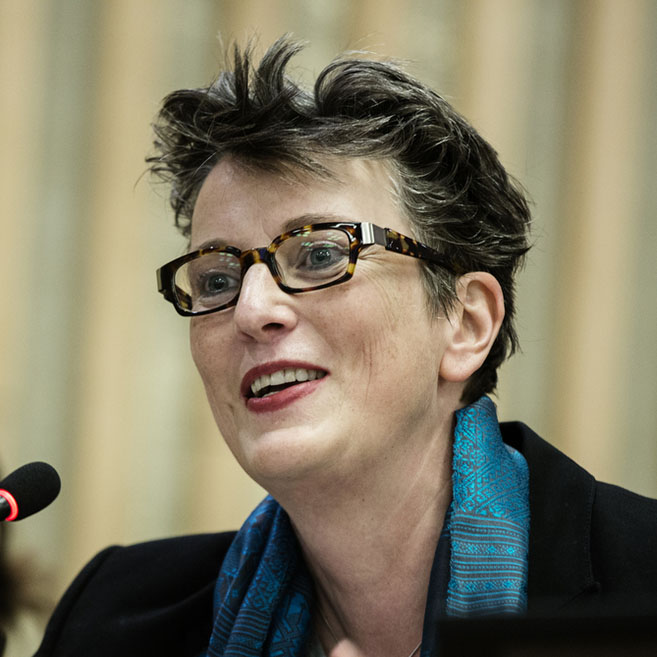 Ms. Almut Wieland-Karimi has been the Director of the Center for International Peace Operations (ZIF) since 2009.

Prior to joining ZIF, she worked for the Friedrich Ebert Foundation (FES) in various countries, most recently as country director for the US and Canada based in Washington, DC.

In 2002, she set up the FES country office in Kabul/Afghanistan. Until 2005 she initiated numerous programs in support of Afghan democratic institution building. Ms. Wieland-Karimi is also the honorary managing director of Mediothek Afghanistan, an NGO dedicated to media development and community building.

She holds a Master’s degree in Oriental Studies from Bonn University and a doctorate in the same field, with a thesis on the role of religious leaders in modern Afghan politics at Humboldt University Berlin