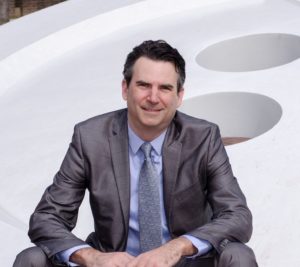 Mitchell A. Orenstein is Professor and Chair of Russian and East European Studies at University of Pennsylvania and Senior Fellow at the Foreign Policy Research Institute in Philadelphia, PA. He is the author most recently of The Lands in Between: Russia vs. The West and the New Politics of Hybrid War (Oxford University Press, 2019), a study of how intensifying geopolitical conflict has shaped politics in the lands in between Russia and the West. It documents the “civilizational choice” faced by these countries, the resulting sharp polarization of politics, and the paradoxical rise of power brokers who gain wealth and influence by balancing between both sides.

Much of his previous work has focused on the political economy of transition in Central and Eastern Europe.  He is the author of two prize-winning books, Out of the Red: Building Capitalism and Democracy in Postcommunist Europe (University of Michigan Press, 2001) and Privatizing Pensions: The Transnational Campaign for Social Security Reform (Princeton University Press, 2008), the latter of which came out in a Polish translation from Polskie Towarzystwo Ekonomiczne in 2013.

Prior to joining the faculty of University of Pennsylvania in 2015, Orenstein held appointments at Harvard, Yale, Brown, Northeastern, Syracuse, Johns Hopkins, and Moscow State Universities. Orenstein’s research has been recognized with fellowships from the MacArthur Foundation, American Council of Learned Societies, and Woodrow Wilson International Center for Scholars. He has consulted for the World Bank, USAID, the government of Slovakia, and other organizations. Professor Orenstein has lived in Britain, France, Czech Republic, Poland, and Russia.