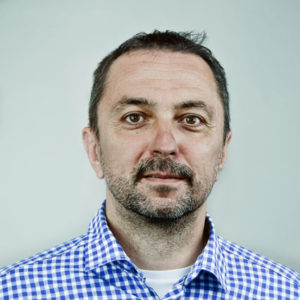 Mr. Zbyněk Pavlačík is the CEO and Co-Founder of Jagello 2000 Association based in Ostrava, Czech Republic. Jagello 2000 is a leading Czech NGO in the field of public and defence diplomacy and developed projects communicating security and military related issues to both general public and professional audiences. Mr. Pavlačík is heading Jagello 2000’s flagship project, the NATO Days in Ostrava & Czech Air Force Days which has grown into the largest security weekend show in Europe with over 225 000 visitors.

Shortly after the fall of communism (1989) and when the Czech Republic joined NATO (1999), the country felt an urgent need to start a dialog between the military, which was going through an unprecedented reform from a totalitarian state tool to an army of a democratic country, and the public, which was only beginning to develop its civil society capabilities. In 1999, Mr. Pavlačík decided to capitalize on his decade long media career and became one of the co-founders of the Jagello 2000 Association. Jagello 2000 embraced the task of communicating the defence and security issues to the public. The Czech experience in this field was then further used by Jagello 2000 in organizing public diplomacy activities in Ukraine (2003-2010) and Western Balkans (2004-2010).