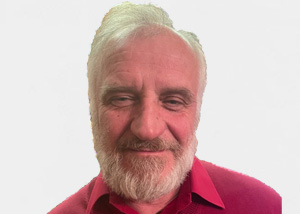 Senior Fellow at the Casimir Pulaski Foundation, Warsaw. Between 1990-99 a diplomat in the Polish MFA, expert on security policy and multilateral institutions (OSCE, NATO, EU, WEU). From 1993 based in Brussels – engaged, inter alia, in establishment of the Polish Permanent Mission to NATO, member of the Polish team on accession to NATO. In 1999 joined the International Staff – Public Diplomacy Division – at NATO HQ (including as a press and senior information officer, for several years directed the only Russian-language videoblog called “Directly from NATO’). Between 2010- 2015 Director of the NATO Information Office in Moscow. Author of publications focusing on international security, strategic communications and Russia. From 2021, after a departure from NATO, collaborates with many research institutes in Poland and abroad (including PISM, The Netherlands Institute of International Relations Clingendael, The Martens Center, RUSI). For over 25 years has been actively commenting on foreign affairs in Polish and international media (in Polish, English and Russian languages).