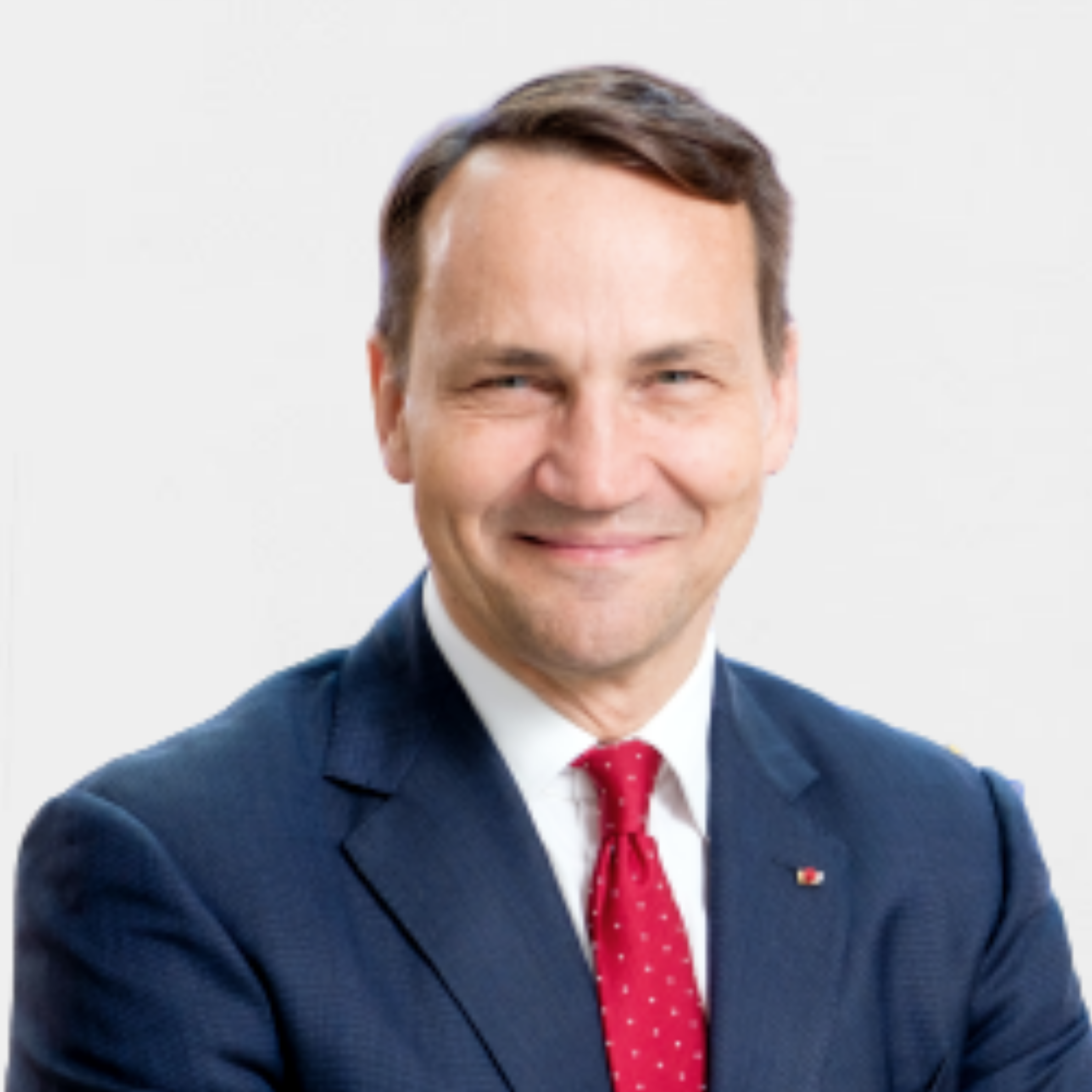 Radosław Sikorski graduated from the University of Oxford with a BA degree in Politics, Philosophy and Economics (PPE). Afterwards, he was a war correspondent in Afghanistan and Angola in 1986-1989. He won the World Press Photo award in 1987 for a photograph taken in Afghanistan.

As Deputy Minister of National Defence in 1992, Radosław Sikorski initiated Poland’s NATO accession campaign. In 1998-2001, he served as the Deputy Minister of Foreign Affairs and  the Honorary Chairman of the Foundation for Assistance to Poles in the East.

From 2002 to 2005, he was the Resident Fellow at the American Enterprise Institute in Washington, D.C. and the Executive Director of the New Atlantic Initiative. He was also an editor of the analytical publication European Outlook. He cooperated with the U.S. House of Representatives’ Committee on Foreign Affairs as an expert on Atlantic issues. In 2012, he was named one of the Top 100 Global Thinkers by the Foreign Policy magazine ‘for telling the truth, even when it’s not diplomatic’. Radosław Sikorski was elected as the Senator for Bydgoszcz in 2005 and served as the Minister of National Defence in 2005-2007. In 2007, he was elected to the Lower House of the Polish Parliament (the Sejm) from the Civic Platform list.

He was sworn in as Minister of Foreign Affairs of the Republic of Poland on 16 November 2007 and continued his service until 2014.In his time in office, Mr. Sikorski was one of the initiators of EU’s Eastern Partnership.

Sikorski is the author of several books, including “Dust of the Saints, The Polish House: An Intimate History of Poland:, and “Strefa Zdekomunizowana” [The Decommunized Zone].