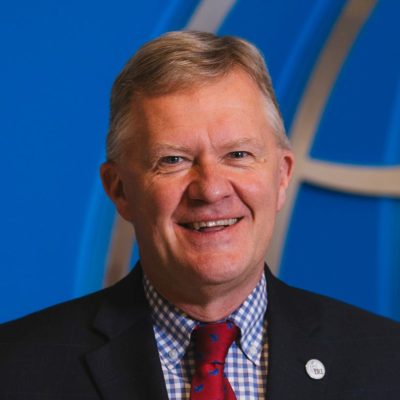 Jan Surotchak first joined IRI in 1994 and currently serves as Senior Director for Transatlantic Strategy. Surotchak oversees IRI regional programming that focuses on the key threats to the alliance of democratic societies in the Transatlantic space: state-sponsored disinformation efforts to undermine state institutions and public confidence, weaknesses among traditional political parties and the rise of anti-establishment political movements and leaders, and growing engagement by authoritarian powers designed to drive the United States and its European allies apart.

From 2013 to 2018, Surotchak served as IRI Regional Director for Europe and managed programming in the Baltic States, Central and Southeastern Europe, and Turkey, as well as outreach efforts to partner parties in Western Europe and institutions at the European Union level.   Prior to that, he was director of IRI’s regional program for Central and Eastern Europe, based in Bratislava, Slovakia, and working in 17 countries (Albania, Bosnia and Herzegovina, Bulgaria, Croatia, the Czech Republic, Estonia, Hungary, Kosovo, Latvia, Lithuania, Macedonia, Montenegro, Poland, Romania, Serbia, Slovakia and Slovenia) to strengthen political parties and government institutions.

From 2002-2003, Surotchak led an election-related grant-making program in Slovakia for Freedom House, after directing donor relations for the Lehigh Valley Community Foundation in Pennsylvania for two years.  From 1995-2000, he directed the Foundation for a Civil Society’s Democracy Network Program in Bratislava, which provided support to Slovak nongovernmental organizations engaged in public policy formation and implementation.  Prior to that, he served as coordinator of Washington programs for the Institute for Foreign Policy Analysis and as legislative assistant to U.S. Representative Don Ritter (PA-15).

Surotchak has taken part in numerous election observation missions and political assessments around the world for IRI, among others in Afghanistan, Albania, Bangladesh, China, Haiti, Honduras, Jordan, Nigeria, Somaliland and Turkey.  He co-edited IRI’s Why We Lost:  Explaining the Rise and Fall of the Center-Right in Central and Eastern Europe, 1996-2002 and its sequel Why and How We Won:  Center-Right Parties in East-Central Europe and Their Return to Power in the 2000s. Surotchak was elected to five terms on Borough Council in his hometown of Pen Argyl, Pennsylvania, beginning in 2000.  He earned a master’s in law and diplomacy degree from the Fletcher School of Law and Diplomacy in 1987 and a bachelor’s degree in international relations from Lehigh University in Bethlehem, Pennsylvania in 1984.  He also won a Fulbright Fellowship for the study of the political parties formed by refugees and expellees at the Christian Albrechts University in Kiel, Germany, in 1984-1985.   Surotchak speaks, reads and writes German and Slovak and reads Czech and Russian.  He is married and has a son and daughter.