Secretary of state in the Ministry of Infrastructure, the Plenipotentiary of the Government for the Matters of the Central Transport Hub for the Republic of Poland 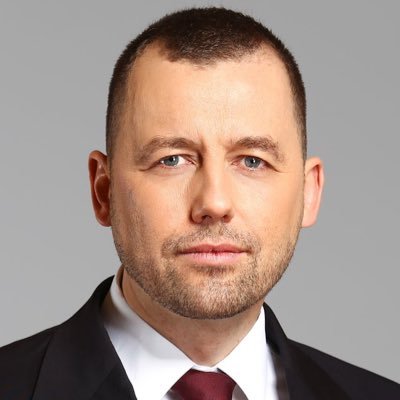 Active negotiator, among others during negotiations regarding the construction of the National Stadium in Warsaw.

In the years 2015-2017, the Undersecretary of State at the Ministry of Treasury Republic of Poland, where he determined the tasks and supervised the work of the: Department of State Treasury Property, Legal and Litigation Department, Audit and Control Office. As the Undersecretary of State he also exercised personal supervision over companies of the aviation sector, including LOT Polish Airlines S.A.

Participant of the Polish Government delegation in Beijing in April 2016, presenting on behalf of the Council of Ministers the concept of the Central Airport for Poland. In the period from 1 April 2017 to 8 May 2017, the Chief Advisor to the Prime Minister. From 9 May 2017 to 1 February 2018 he was the Secretary of state in the Chancellery of the Prime Minister. On February 1, 2018, he was appointed Secretary of state in the Ministry of Infrastructure. On 9 May 2017, he was also appointed the Plenipotentiary of the Government for the Matters of the Central Transport Hub for the Republic of Poland.