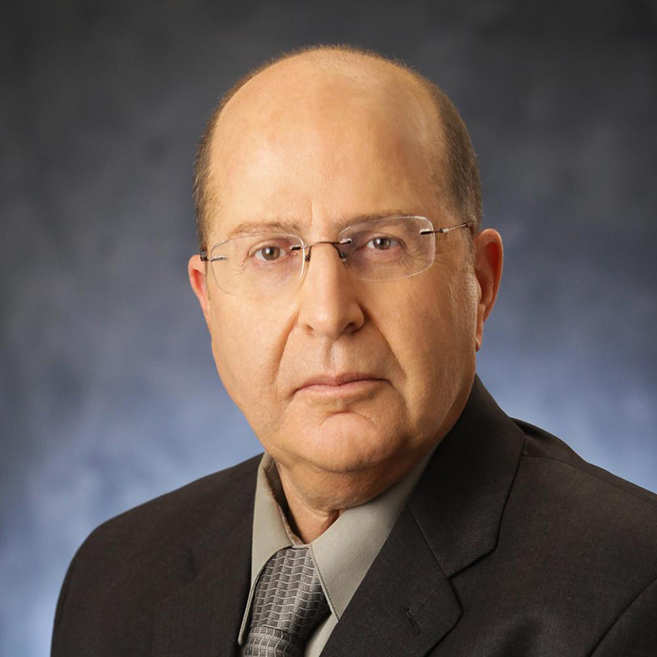 Mr. Moshe Ya'alon is an Israeli politician and former Chief-of-Staff of the Israeli Defence Forces. He served as the Minister of Defence from 2013 to 2016.

Mr. Ya'alon has a plethora of military experience. He served as a reserve paratrooper during the 1973 Yom Kippur War and participated in the liberation of the Suez Canal. He returned to active service after the war and completed officer's training. He held several command positions in the Israeli Defence Forces (IDF) Paratroop Brigade and commanded its reconnaissance unit during the 1978. Furthermore, he served in an elite unit between 1979-1982 and fought in Operation Peace for Galilee. He then rose to become deputy commander of the IDF Paratroop Brigade.

On July 9, 2002, Mr. Moshe Ya'alon was promoted to the rank of Lieutenant-General and served as the 17th IDF Chief-of-Staff until June 1, 2005. In February 2009, he was elected to the 18th Knesset on the Likud list and subsequently appointed Vice Prime Minister and Minister of Strategic Affairs.