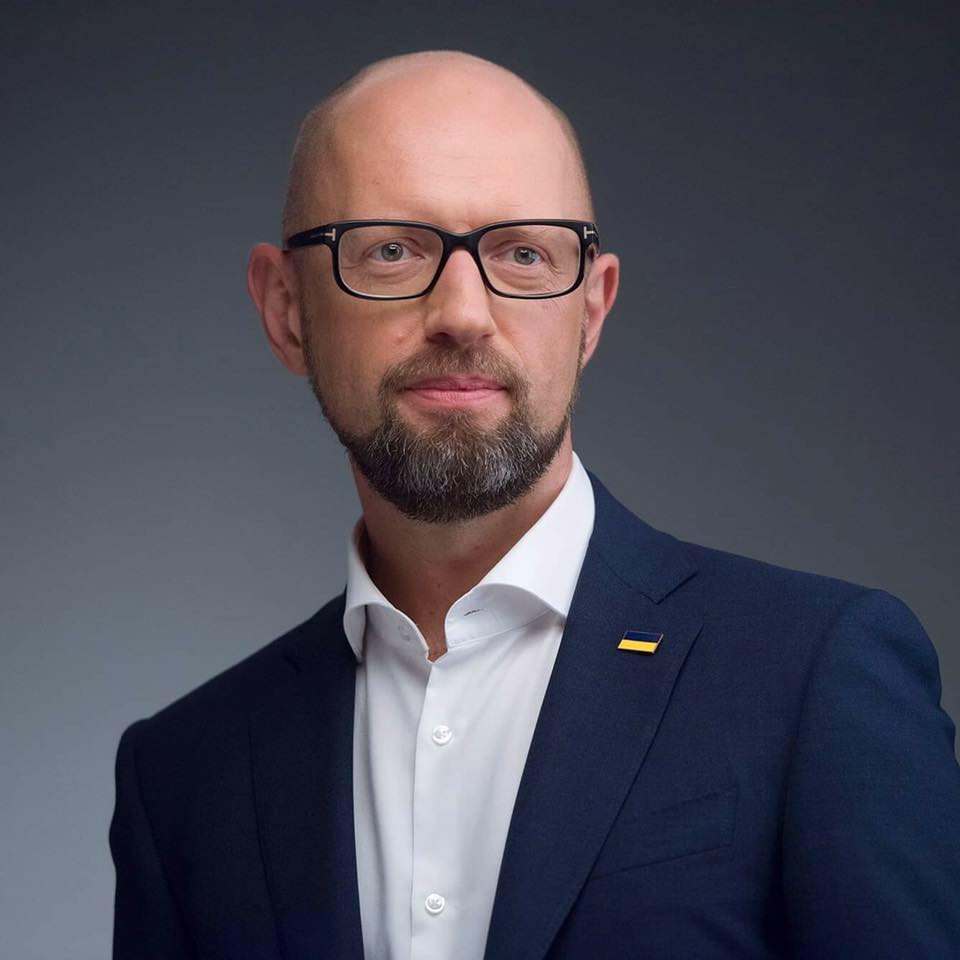 Arseniy Yatsenyuk is a Ukrainian politician, economist and lawyer, who served as the Prime Minister of Ukraine from February 2014 to April 2016. Since 2014 till now Mr. Yatsenyuk is the leader of the Narodnyi Front (People’s Front) Political Party.

During the Revolution of Dignity of 2013-2014 Arseniy Yatsenyuk was one of the leaders of the United Opposition and the head of the largest opposition faction in the Parliament of Ukraine.

In 2008 – 2012, he was the member of the Parliament and the leader of the “Front Zmin” (Front for Changes) political party. In 2007 – 2008, Mr. Yatsenyuk served as the Speaker of the Parliament of Ukraine. In 2007, Mr. Yatsenyuk was the Minister for Foreign Affairs of Ukraine. Prior to that Mr. Yatsenyuk held the positions of the first Deputy Chief of the Secretariat of the President of Ukraine (2006-2007), Minister for Economy of Ukraine (2005 – 2006), first Deputy Governor of the Odesa Region (2005), Acting Chairman of the National Bank of Ukraine (2003-2004), Minister for Economy of the Autonomous Republic of Crimea (2001 – 2003). In 1998 – 2001 Mr. Yatsenyuk was advisor to the chairman and then deputy chairman of the board of the AVAL Joint-Stock Postal Pensionary Bank. Arseniy Yatsenyuk holds a diplomatic rank of Extraordinary and Plenipotentiary Ambassador. In 2001 he graduated from the Chernivtsi Trade-Economic Institute of Kyiv Trade-Economic University and from Chernivtsi State University in 1996. He holds a PhD from the Ukrainian Bank Academy.

He was born on the 22nd of May, 1974 in Chernivtsi. Mr. Yatsenyuk is married with two daughters.