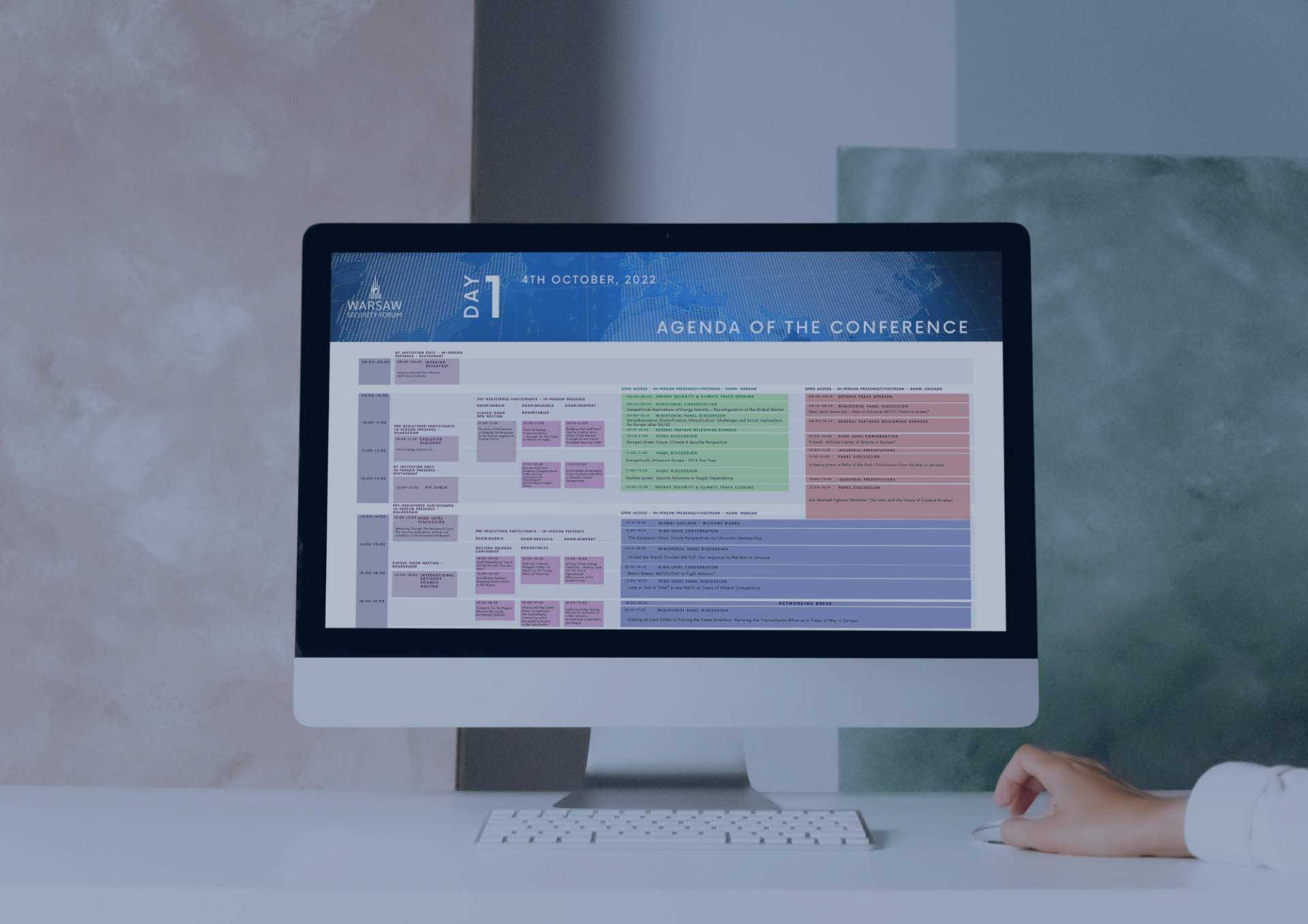 The 9th edition of the Warsaw Security Forum (4-5 October 2022) is set to take place in a year like no other for European and Transatlantic Security. The worst-case scenario became reality – a full scale war in the middle of the European continent. The Russian invasion of sovereign Ukraine has dramatically changed the European security landscape, affecting first and foremost Central and Eastern Europe. Moreover, it also created multiple shocks in energy, economic and food security of the EU, NATO Member States, as well as the world.

It is in this context that we present to you the #WSF2022 Agenda. This year the Forum will be organized in four tracks devoted to all aspects of Transatlantic security: Global Outlook, Defense, Energy Security & Climate and Democratic Resilience.

The event will gather Presidents, Prime Ministers, over 40 Ministers of Foreign Affairs, Defense and Energy, Members of U.S. Congress, European Parliaments and the European Commission. It will also welcome Germany as the 2022 “Guest Country”, with an official Bundestag delegation and high-level German presence at the event.

Most importantly, the Warsaw Security Forum will be an opportunity to recognize the incredible bravery of the Ukrainian People, who in 2022 have been awarded the annual “Knight of Freedom” Prize by the Casimir Pulaski Foundation. With this award, we would like to praise their will to fight for the most important principles of democracy: freedom, security and justice.

In this most challenging year for Central European and Transatlantic security – since the Second World War – we hope you will be able to join our discussions and contribute to common long-term solutions to the current crisis.